skip to main | skip to sidebar

Cars From Fast And Furious Movies .4 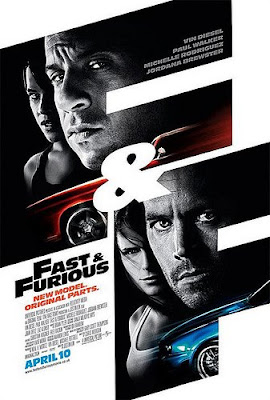 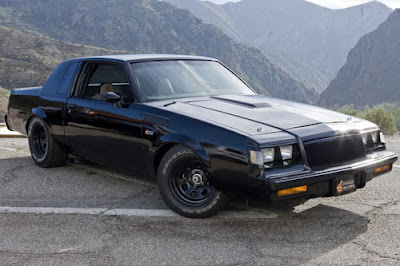 1987 Buick GNX Dom and Letty use this car in the opening scenes of Fast & Furious, as they've gone back to hijacking trucks on the move. The Buick GNX was a hot rod version of the sleepy Buick Regal, and was claimed as the fastest production car ever built at the time. The all black appearance of the car also earned it the nickname "the Darth Vader car."

1970 Dodge Charger R/T Look familiar? This is the resurrected version of the Charger that Dom wrecks at the end of the first film. Those who know what to look for can see some minor changes to the trim, and in reality it's probably an entirely new car. 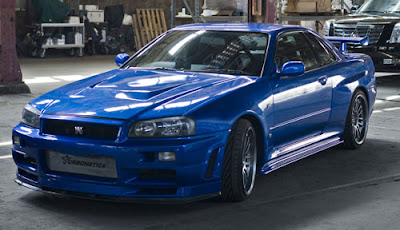 1998 Nissan Skyline GT-R (GT-BNR34) Brian O'Connor loves him some Skylines. We saw him drive a silver one in the second film, and he builds this one from the parts of two Skylines and a new Nissan GT-R, all conveniently impounded by the authorities. That must be one of the perks of being a cop; you get to use the impound lot as your personal parts store.

1970 Chevrolet Chevelle SS Considering how Dom tends to wreck cars, it's hard to believe he's still driving this Chevelle. We saw it at the end of the first movie, and it's still red when we first see it in the latest movie, but for some reason he decides to repaint it to primer grey. We're not sure why, but in any color, it still looks like it's going to be fast enough to melt your face off. 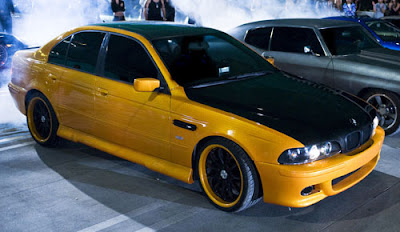 2001 BMW M5 German cars get no love in the Fast & Furious series. BMWs and Mercedes show up in races only to be wrecked, both as race cars and obstacles. Which is a shame, because the M5 is a great car. We can only hope that the next chapter embraces the European tuning scene. But maybe that's what the Transporter series is for.

1972 Ford Gran Torino Sport The latest Fast & Furious has a lot more American muscle than we've seen before, and this Gran Torino is a fine example. The red and white Gran Torino featured on Starsky & Hutch is probably the most famous example of Ford's other (non-Mustang) muscle car. 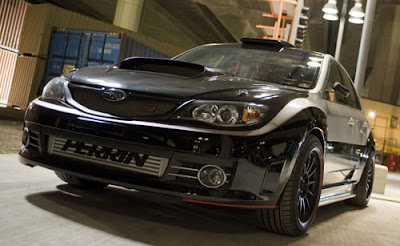 2008 Subaru Impreza WRX STi Another refugee from the impound yard. What the WRX STi lacks in the looks department (someone here said it looks like a minivan), it makes up for in speed and handling. The STi is the street legal version of Subaru's series of World Rally champion cars, and like the Mitsubishi Evos, was made more popular by the Gran Turismo game series. 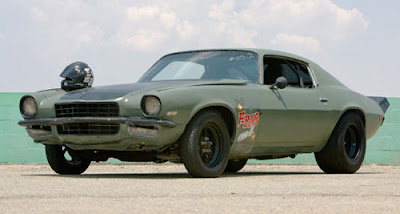 1973 Chevrolet F-Bomb Camaro Hot Rod magazine Editor in Chief David Freiburger took an $800 Camaro beater and turned it into a 1500-horsepower, twin turbo beast of a car. Dubbed "Project F-Bomb," the idea was to create a street legal car that could also dominate at the drag strip, harkening back to the good old days of "run what you brung." The F-Bomb seen in the movie isn't the original car, but even use of the replica shows a surprising awareness of the muscle car scene in a film series mainly known for hot import tuners.


REVIEW
so far it was the best sequel ever since 2fast 2 furious.. a really great movie to watch and i must warn you.. if you haven seen the 1st,2nd and 3rd movie yet.. go watch it before watching this 4th movie.. because Hans from tokyo drift is back in this race.. all the ole characters from the 1st movie comes back here.. the cars are more powerful and deadly.. great driving actions.. makes you want to get in your car and drive fast while watching .. The music has never been so good.. great musicians such as Soulja Boy , Pitbull, Pharrell Williams, Lil Jon, Robin Thicke and many names.. The official trailers plays the music from new comers "We Are Rockstars" by Does It Offend You, Yeah? this music adds the extra adrenaline to the movie. It is really a worth watching movie if your into fast cars, girls, music and ACTION! i rate it a personal 10/10 .

ya its really a fantastic movie,i had also watch fast and furious movie online, and i really enjoyed it.

With exclusive Solitaire variation like Klondike you will always enjoy the game!

Are you ready to play solitaire?

With exclusive Solitaire variation like Pyramid you will always have fun!

Are you ready to play klondike solitaire?

Do you want to watch the new movie saw 7 online ? It is not released yet but you can watch saw 7 online for free already!

I am Glad i discovered this blog.Added 145alfa.blogspot.com to my bookmark!

Fast and the Furious cars are the coolest wheels I have ever seen! The movie influenced my boyfriend so much when it comes to car details and everything that goes with cars. His Redding Nissan is one of his favorite which he made the seats leather very luxurious. He plans to buy buy used cars Chico to add up to his collection.

So many people don't care about global warming. They disregard the need for conservation and instead drive SUVs. They don't care about the Federal deficit/debt (outside of partisanship) and they don't care earning $400k for an $80,000/year job will eventually bankrupt the country. They have awarded themselves $400k pay and retirement packages, loading up their friends on the payroll during the boom 90s through the real estate bust while all services which the program were intended to fund now get cut to pay for it.
They think they are going sometime during/at the end of this life, and disregard the poor souls who are left behind.
Sounds like the Italians who were used to plan World War II and the Holocaust, and not by accident.
These are the people who will be here in the United States when bankruptcy is declared and society deteriorates into chaos. And they will deserve the anarchy which ensues.

The gods used the Italians to ruin life in the 20th century.
The gods used the Italians to ruin life in A.D. with The Church.
The Church controlled Western Civilization. As the largest land owner in Europe they controlled the monarchies. They were responsbile for slavery, revenge for African invasion and rape of Italy. They created religious discontent, ultimately leading to the disfavored dumping ground known as the United States.
And each generation of these Italians were sold on "earning", only to be reincarnated as a lesser life form subsequently, punishment for their evil.
"The West Bank, where the end of the world will begin." With xtianity.
And they were reincarnated into the ghetto to be punished as crack babies and in drive-by shootings, both intentionally inflicted on the black community and poetic justice for inflicting these horrors on their hated enemies.
On their brothers.

The gods are the commensurate rapist pathology, focussed on control.
It is appropriate the picked the Italians for the downfall of man. The perception offered is exactly how the gods are. Unfortunate for the Italians, they were deliberately altered to match this pathology so the god's behavior could be justified in the context of their positioning.

I will forever regret and resent being picked for this event.
I may not have learned as much as I have but I WOULD have gotten more done and made more progress, and at the end of this life that's all that matters. We are all reincarnated and must re-learn about the gods and their methodology.
This is the worst possible senario in my life.
Despite your attempts to force your positioning, "protection" and their fulfillment of the promise I am t have a "real chance" in a future life, I will take my hatred forward to the next life.
The empty promise is I will have a real chance of going, and if I retain this experience there is no way in damngod motherfuckers that would ever be possible. Secret is they have the freedom to remind me of this life, "executive priveledge" retained, sabotaging all progress up to that point. And they WILL utilize this tactic.
This is a lost cause. They are degenerate filth who positioned in a guarentee to fail, ensuring the are not to blame for their failed promise.
The upside down star is my symbol. There is of course no Satan. That's just the gods with different clothes on.

Another feature which the Gods offer as a clue is very foreboading and ominous. Mt. Zion is a mountain to the north of Diablo (the eye of The Beast) and one which has a working quarry at its base. Consistant with the decay we experience in society, Mt. Zion is being eaten away, slowly stripped of its resources, until one day paradise will be gone forever.

I found a lot of effective data above!

Hello all newbies, how are you all. I am Prince Charming. Nice to meet all of you. I am an Artist. I love to meet new people as well as making new friends. I like to watch new Hollywood Movies as well as Bollywood Movies and want to know about them as more as possible. You can watch this Movie with go to this link :

The Biggest Entertaining Movie Watch Furious 7 is Just coming in this Year 2015.

I am very big fan of Paul Walker. I am very sad after his untimely Death. But i am waiting for his last Movie Fast & Furious 7, which is coming in March 2015.

Now the time has to come Watch Furious 7 Online movie.